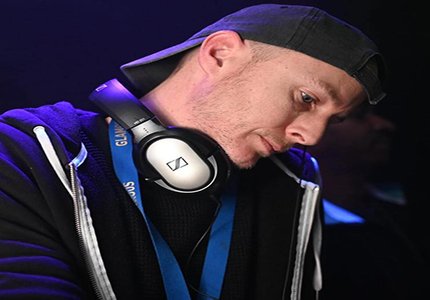 AKA Charlie Beardmore, has been on the dance scene since the Mid-Nineties causing chaos on any dancefloor he is entertaining.

Charlie started to gain interest on the underground scene with his own club night "Glamorous" which he hosted at a number of venues across London including Egg, Lightbox and Ministry Of Sound . Glamorous was started as a Sunday night / Monday morning party in Vauxhall, then spread to monthly events at London's biggest venues.

Charlie's performing career has seen him play at numerous major clubs in London such as Ministry of sound, Egg, Scala, Lightbox, Xoyo, Fire and Union, alongside some of the biggest artists in the world, including Danny Rampling, Brandon Block, Alex P, Amine Edge & Dance, Sven Vath, Mr C, Victor Simoneli, Darius Syrossian, Doorly, Clive Henry, Shane Watcha and Hector Cuto. He also had the pleasure of playing at Hidden, Area, Coronet, Colleseum, SE1, The Den and Bagleys before they closed.

As well as London, Charlie has had bookings in Birmingham, Newquay, Northhampton, Brighton, Cardiff, Nottingham and

Ibiza, with the highlight being playing in Ibiza alongside Sam Divine of Defected records.

2017 was the birth of Glamorous Recordings and since then Charlie has released a number of tracks alongside some other popular artists producing at the moment.

Charlie had success by getting to Number 1 in the Top 100 Track it Down House chart with “To The Funk” in 2017 followed by a Number 2 track “Bounce With It”.

Glamorous Recording salso had another Number 1 track with Daniel Anthony’s “So Good” in 2018.

Charlie released 21 tracks in 2021 on various labels including RudeBoy Recordings, Below Deck Records and Anonymous Black.

More releases followed in 2022 meaning Charlie is now starting to gain respect amongst some of the leading producers in the scene.

With some huge events already booked and plenty more productions set for release, 2023 is looking to be another huge year for Kaos Kid.